This article is in need of a rewrite. Reason: May be unneeded in current lore

Raethians are strange creatures who try to use the Compliens' Complixonox in order to fix their unstable microbiological structures. There are many species of all colors of the type spectrum. They live mainly on Raeth, in the Bloggurt system within the Degradahn galaxy.

Raethians often vary in appearance because of their unstable DNA. Each Raethian body looks different from Raethian to Raethian. Some will have hands with fingers, while others won't. Some may have one eye, or two, or three, or even four. Others may not even have arms, or any developed eyes or even a mouth. Most Raethians have at least one tail, and are always white in color.

The Raethians were originally a very powerful army of soldiers with little civilian support. With the leadership of their Sovereign Rylem, they were able to win many battles. They focused on war instead of space travel, and became a tight empire of soldiers layered across Raeth through many decades, However one day a disease was discovered, said disease caused the Raethians' DNA structure to fall apart, learning that if they could not find a cure, then it would mean the end of their race as a whole, however a substance they named raethenox was later discovered and it was used to create a cure, but as time went by, the Raethians learned that there was not enough raethenox to make enough of the cure for everyone, thus they where forced to look for space. they branched out into space travel and immediately met a Complien planetary census ship. The Raethians took the ship, reverse-engineered its weapons and technology, and discovered the Compliens' complixonox - something that the Raethian scientists thought would replace raethenox for their cure to the decease that caused their unstable biology and that they could then mass produce the cure in large amounts. They swept outwards searching for the precious energy, eventually piercing into Complalaxy and destroying several warships along the way to Complanet. A long, fierce war between both gigantic armies raged on, fuelled by hatred from the Compliens for the Battle of the Magical Academy of Compliens and thirst for a cure in complixonox from the Raethian side, until some tricky Compliens managed to hack into Rylem's warship and redirect it into the Blue Hole. Rylem's death effectively beheaded the Raethian army, and it fought for a few more months before falling apart and integrating into the Complien society, drained of bloodlust by the long and costly war.

Until the Complien-Mogurian War, of course. The Mogurians suddenly flooded out of a Tubulet wormhole one day, ships bristling with far superior weapons than the Compliens and Raethians alike. The Compliens fought like demons against the growing Mogurian swarm with the Mogurians slowly but steadily grinding down the planetary fleets of all Complien-controlled worlds, until the newly-restored Raethian army flanked the wormhole defenses, entered the wormhole, and invaded Moguria itself, taking the relaxed Mogurians by surprise. The Complien army followed, and the Raethians and Compliens were soon standing on Moguria's soil working out a treaty with Chancellor Magoru.

Of course, things wouldn't last when the "Evil" War happened with all the surprise of the Spanish Inquisition. Some suspicions had rose when Alfred R. DeMons discovered his "sample", and when random monsters appeared in Antantrika, but "Evil"'s plot didn't become apparent until a full-scale invasion of all Complien-controlled worlds burst into view. (TO BE CONTINUED... ?) 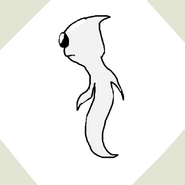 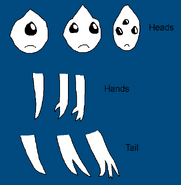 Variations of Raethians
Community content is available under CC-BY-SA unless otherwise noted.
Advertisement